What Do the Kennedys, the Yukon, and Eddie Vedder Have in Common? Let ‘Return to Mt. Kennedy’ Explain 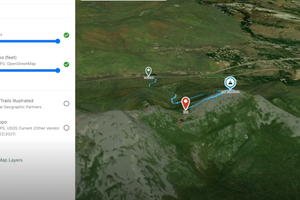 How To Plan a Hike Using Gaia GPS 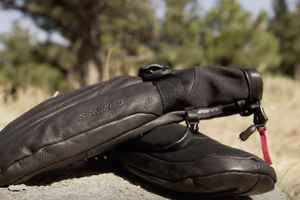 Chill Out With Backpacker Around This Holiday Campfire
Videos

What Do the Kennedys, the Yukon, and Eddie Vedder Have in Common? Let ‘Return to Mt. Kennedy’ Explain

An improbable climb of a remote peak ties together U.S. politics, the environmental movement, and the power of family bonds.

Create a personalized feed and bookmark your favorites.

Create a personalized feed and bookmark your favorites.

“Return to Mt. Kennedy” is available to all Outside+ members, part of an extensive library of adventure sport films found in the Outside App. Watch the full film, or download the app here.

Why would an aging band manager, a young mountaineer, and a candidate for governor climb a little known, remote peak deep in the Canadian Yukon? To find the answer, you need to go back 50 years.

Return to Mt. Kennedy documents the unlikely first ascent in 1965 by Senator Robert Kennedy and mountaineer Jim Whittaker of the peak named for Kennedy’s brother. The experience created a bond between them, the effects of which reverberate for generations.

Several years ago, Bobby and Leif Whittaker—Jim’s sons—and Chris Kennedy—RFK’s son—embarked on a mission to climb the same peak. The film tells their tale while exploring the legacy of the fathers, weaving decades of family tragedy and triumph into the telling.

This is not a mountaineering movie, exactly. There isn’t much on-slope danger or technical climbing; in fact, only a small amount of the footage is on the climb itself. Instead, viewers are transported by archival footage of RFK, the stories of Jim Whittaker—who is best known as the first American to summit Mount Everest—and the unique intersection of environmentalism and U.S. politics represented by their relationship.

But if the fathers are the heart of the film, the sons are the face. Much of the runtime is devoted to the central role Bobby played as a manager during Seattle’s Grunge heyday—this is certainly the first film about a mountain climb in which Pearl Jam’s Eddie Vedder plays a starring role.

Still, as a window into the past and a reminder to celebrate the bonds that bind us as family and friends, Return to Mt. Kennedy succeeds. It’s intimate and, for anyone for whom adventure plays a central role in their lives, entirely relatable.